If you're looking for a new range for your kitchen, Vikings, restaurant inspired lineup should be at the top of your list, and this article will cover it. What makes the Viking range is great, break down the technical jargon and compare their four series of ranges. So you know which one is best for your home. 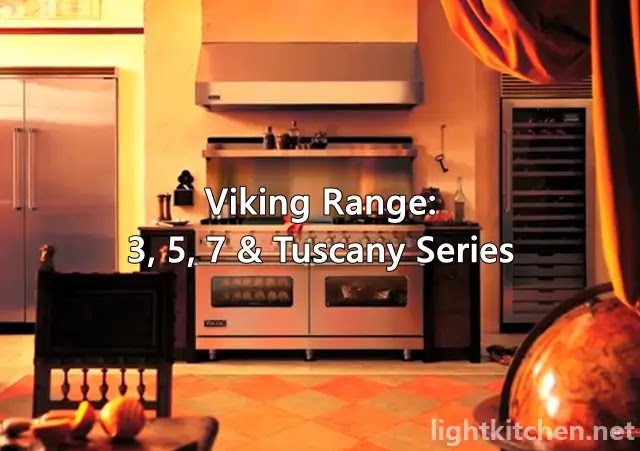 So why should you consider Viking for your kitchen, let's first take a step back and explain Viking's recent history? In 1987 they were the first brand to introduce professional-grade stoves to the residential market, Viking quickly built a reputation for premium quality and best-in-class cooking performance.

However, around 2008, their success started to fade and a lack of innovation and worse product quality and recall issues led to the demise of the brand. Luckily, however, in 2013, commercial cooking powerhouse, the middle B Corporation, acquired Viking and immediately began to write the ship middle B. Is by far the largest manufacturer of commercial appliances in the world and its products can be found just about everywhere from your local restaurant up to five Michelin, star, restaurants.

First, they started by improving product quality and workmanship, investing in their American factories, and implementing stringent quality control standards standing behind their products. They now offer one of the best warranties in the industry. Even with the extended warranty.

Viking has consistently reported that their overall numbers of service calls have decreased year-over-year next on the roadmap was introducing commercially inspired features pulled from middle B's, commercial cooking arsenal from the higher output, burners to heavy-duty cooking grates, and knobs.

These ranges are meant to be cooked on also little details like the fact that Viking laser etches the control settings onto the range instead of painting, unlike some other brands, whose labeling fade overtime next on the roadmap, was bringing the Viking range into the 21st century.

Updating the styling to match design trends. In my opinion, Viking ranges from years ago, look like they belong in a restaurant, not in a home. Viking has significantly improved the design, increasing the oven windows, reducing the size and number of panel gaps, reshaping the bezels, and smoothing out the bottom.

Now that you have a good idea of Viking's history and heritage, let's jump into the different series of ranges. You can choose from if you're looking to upgrade your kitchen with premium appliances on a budget, consider the three series the three series was introduced a few years ago as a way to make the Viking brand more approachable at a lower price point.

The offering is limited, though, and available only in 30, inches of gas, dual fuel, or electric. Unfortunately, if you're looking for commercial-level cooking performance, Viking is built its name on. We strongly recommend that you skip this series and instead consider the five or seven series.

However, if you're a builder or homeowner looking to increase resale value on a budget, the three series is a great option and provides a strong alternative to more mainstream brands like KitchenAid and GE cafe, if you're looking to improve what's possible in your kitchen, the five and Seven series ranges: bring commercial inspired, cooking performance to the home. The five and seven series ranges are what you should consider if you're looking for the absolute best cooking performance, Viking pays attention to the small details on these ranges.

For example, all of the components on this range that come in contact with guests are made out of brass. This costs Viking three times more to manufacture than aluminum but leads to a range, that's easier to maintain and will last for far longer. If you're serious about cooking the v series is designed to keep up with your needs and then some when you think of Viking, the five series is probably what comes to mind since it's a direct descendant of the original Viking professional series.

You can choose between gas duel, fuel, electric and adduction. This is the 36 inches 6 burner 5 series range on display at our Bedminster New Jersey showroom. As you can see, the range it's flush with the cabinets thanks to its 24-inch depth.

Viking recently added soft LED lighting to accent the control panel, which is a nice visual touch, and the heavy black chrome, metal, knobs, and soft closed oven door. Give the range of premium feel the burners on the 5 Series are the star of the show, unlike other brands, that have different sizes, burners for different size pots and pans.

The 5 series burners are all uniformly sized, giving you the freedom to move your cookware anywhere. You choose all of the burners: have a wide temperature output range from a load simmer at 800 BTU all the way up to 15,000 BTUs for high heat cooking, with the exception of the front-right burner, which goes all the way up to eighteen thousand. Five hundred beats are used for quicker boiling times and other demanding tasks. The simmer on the Viking ranges is particularly impressive. While some may claim a lower beat.

You output BTUs, don't always tell the full story. What matters is how those BTUs are transferred as heat to your cookware on the 5-series. The brass part of the burner is slanted not straight down, and the flame holes are staggered high-low, which allows the flame to curl under the burner cap rather than the flame directly. Touching your cookware heats the cast-iron burner cap which in turn emanates heat upwards, allowing for a continuous, delicate simmer. The five series burners are sealed burners making for easy.

Cleanup Viking recently introduced an open burner version of the range and 30 and 36 inches. They lack some of the newer refinements found in the latest product line upgrades moving to the oven. The 5 Series comes standard with two gliding full-extension shelves and one standard shelf. The features of the oven vary based on whether you choose gas or dual fuel exclusive. Only to the 36-inch size, the 5 Series is the only 24-inch deep range on the market to be able to hold a full commercial-sized bake sheet.

Other competitors are typically 27 inches deep, which ends up sticking out into your kitchen. This is a huge benefit and gives you the ability to cook more. At the same time, this feature is only available on the gas version of the range, not the dual fuel. Both the gas and dual fuel versions have convection cooking modes. However, only the dual fuel offers, what are known as true convection, a typical convection fan, is designed to move around the hot air being generated by your bacon.

Boil elements, however, with true convection: the fan itself is surrounded by a dual wrapped electric burner element. This allows you to cook with perfectly even heat throughout your oven cavity with dual fuel you'll also get biking's industry-leading eight-and-a-half-inch two-speed self, reversing fan.

If you frequently bake and utilize multi-rack cooking, then the dual fuel is definitely worth the upgrade when it comes to boiling the gas range features, an infrared broiler capable of reaching 1500 degrees allowing you to achieve searing results typically found only in the best steak houses. Food is seared lacking in flavor, moisture, and juices. The dual fuel range features a large 10 Pascal rod, an electric broiler element that provides a large coverage area.

If you frequently utilize the broiler in your oven, however, the gas range is going to offer you a better overall broiling experience. As with most guest ranges on the market. Today, Vikings, gas range does not have a self-clean mode to clean Viking recommends, placing a pan of distilled water and white vinegar in the oven at 250 degrees to steam clean the cavity. The dual-fuel, however, does have a true high heat self-clean mode.

However, we typically advise against using it, as the high heat can eventually damage internal electronic controls and affect the integrity of the internal porcelain coating Viking does require you to remove the racks before cleaning is started.

If you're, looking at the 7 Series you're either a chef, think you're a chef, or want to be a chef, this series is available in 36 or 48 inches. This is the 48 inches 7 series range with a griddle on display at our Bedminster showroom. Everything about this range was designed for the best possible cooking experience, starting with just the design immediately you can tell this is a serious cooking appliance.

The grates are heavier, the knobs are bigger and feel substantial in your hand, and the larger bezels give a subtle clue that this thing was meant to be cooked. The burners on the 7 Series are completely redesigned and draw inspiration from Vikings, a commercial line of appliances.

Just on specifications alone at 23,000 BTUs, these burners are extremely powerful. However, Mike, he's not just about being the most powerful for the sake of it, the deeper cooktop surface allows Viking to position the burners further away from the grates, allowing for the ideal flame contact with your pots and pans.

Low heat performance is equally impressive. All of the burners are capable of going down to 800 BTUs again, others will claim they can achieve lower beats. Your output, however, BTUs, doesn't always translate to performance, since the burners are further from the cooking grates.

The heat by the time it reaches your pan is extremely low. This gives you a low, consistent simmer on par with the best. In the end, true. The seven series is available in stainless steel or 21 different custom colors, including a limited edition stunning cast black with rose gold size-wise. You can pick from 36 inches with six burners or 48 inches with eight burners or six burners in a griddle grill.

The nonstick griddle grill option is unique in the industry. It'S a two-in-one surface, that's reversible and can either be used as a grill or griddle. It'S also fully removable for much easier washing than a fixed griddle design.

If you were looking for other sizes or cook, surface configurations and the 5 series may be a better option for you as it offers the most flexibility similar to the 5 series you can choose between gas and duel fuel. However, the 7 Series dual fuel broiler performance is greatly improved thanks to a patented glass ribbon infrared system.

And finally, if you're looking for Italian charm, Viking offers a Tuscany series that brings the heart of Italy into your kitchen. This sophisticated line of Italian provincial ranges is sized and featured to meet the needs of American architecture and lifestyles, they're available in 36, 48, and 66 inches and have three color options: graphite, black, antique white, and dark blue.

You can only get the Tuscany series and dual fuel so make sure you have the proper connections available to hook up your new range. The Tuscany range comes with high-performance brass burners, able to reach up to 20 thousand five hundred BTUs. It's also the only range in the lineup that allows you to add induction elements to your cooktop configuration, whether you're, an aspiring home chef or master entertainer.

We think Vikings should be near the top of your list when considering a new pro-style range for your kitchen. Let us know if you have any questions in the comments down below or stop by one of our new jersey showrooms, just a short drive from new york featuring Viking on display, thanks for reading. 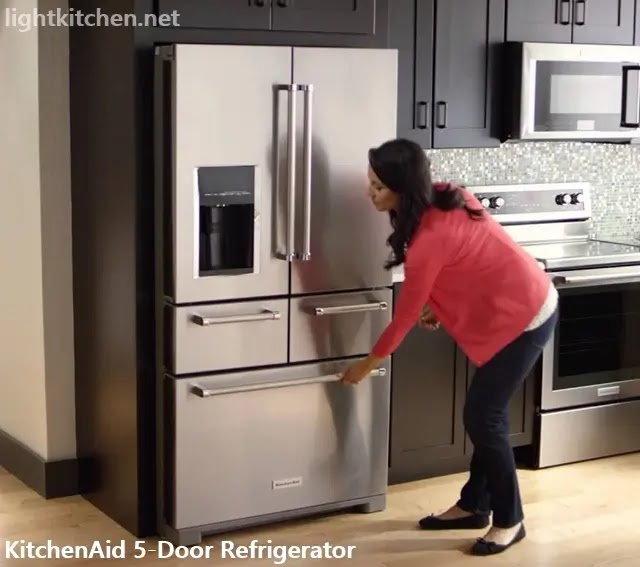 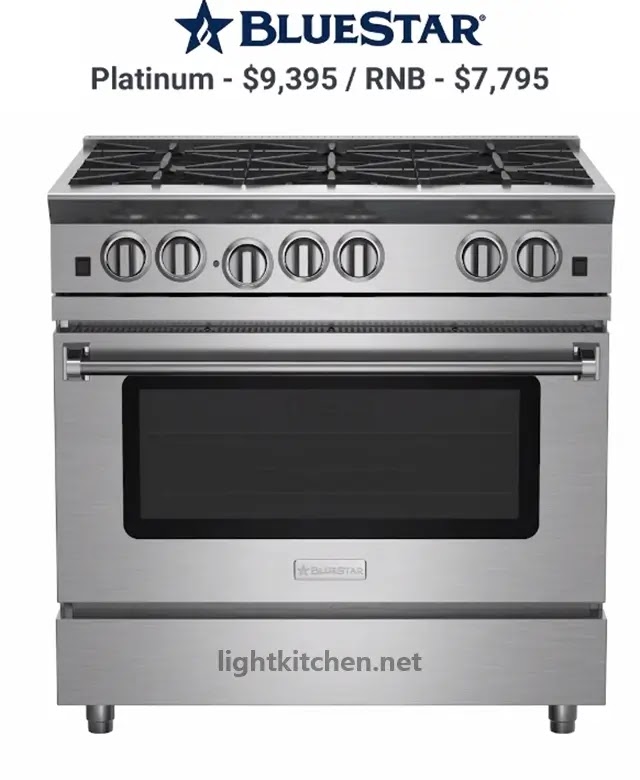 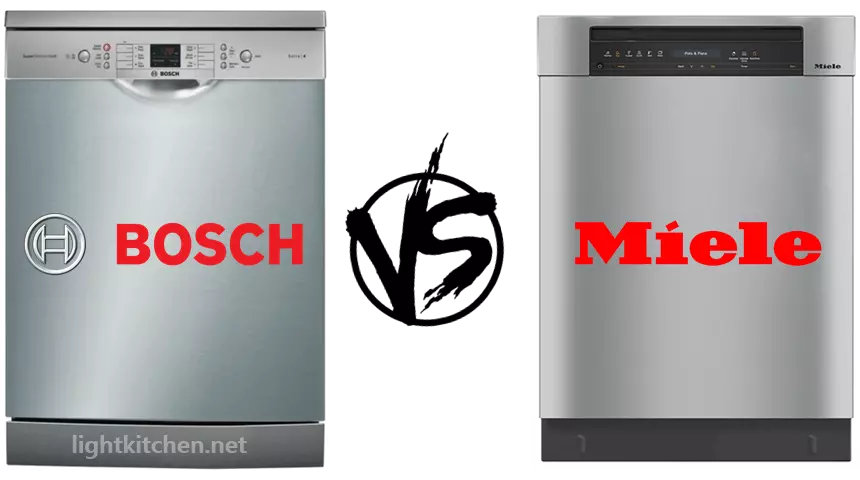