The LG LSE4613ST is one of LG's better stoves with some unique features, but should you buy it?

In this post, you learn about all the LG's best features. 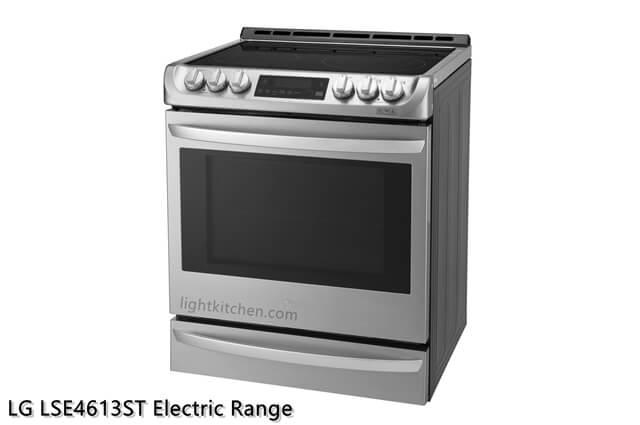 We'll also tell you what this range is missing and then we'll compare it to some of its main competitors, like Samsung, GE, and Whirlpool.

There are two immediate striking features of this LG range

First, it's inexpensive for a full-featured convection slide in about 1,369 and available.

Availability has become a feature now with so many brands out of stock, LG hasn't had as many availability problems as the other brands.

Let's talk about the range itself

The top is a five-burner. One of the burners is 3,200-watt, which is among the hottest.

Overall, the top is decent with a 3,200-watt and then the 2,700-watt. Samsung is technically better with two 3,000-watt elements. LG is the largest oven size in its class, actually tied with Samsung at six point three cubic feet. Whirlpool's about four-point eight cubic feet, GE's about five-point three cubics. ProBake convection is very interesting in this range. It's a twenty-five hundred-watt electric element behind the fan. Most brands are about 750-watts, so you should have better, faster, and more, even baking.

The EasyClean interior is intriguing as well.

LG has a different enamel and allows foods to slip off, which is spraying water to create steam with minimal 200-degree heat. 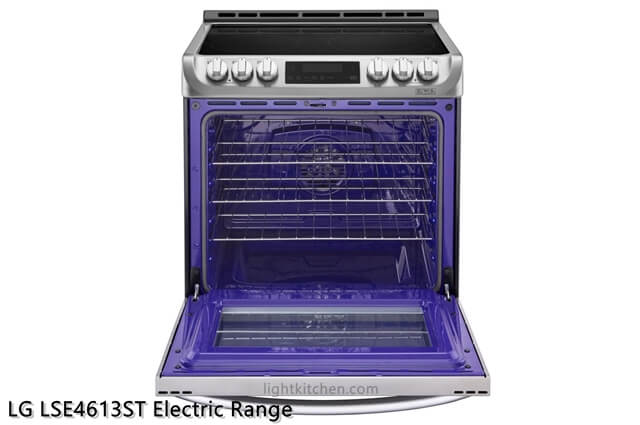 For ranges in this price range, LG is missing their air fry, which is ironically available in some of their lower-priced ranges.

Air fry is a high-temperature convection mode to crisp your food without using oil.

The range has Wi-Fi, but for only monitoring potential service issues, it lacks the ability to turn the range on or off and change temperature remotely, again, like Samsung.

In terms of comparison to Samsung, LG has better convection with the ProBake and it is a bit easier to clean. If you're buying from a store without service then LG is much better on the service side as well.

Overall, the LSE4613ST is a competitive range for the price with good size, even better convection system, and you can actually buy it without waiting a few months.